How would you feel if you were told that the Fishing Cat is one of the most rapidly declining species of wild cat in the world? Now, how would you feel if you were told that there is an organization dedicating countless hours, dollars and resources to help make sure this beautiful cat’s population and habitat is restored? Hopefully that makes you feel a little bit better, but there is so much that needs to be done in order to conserve the Fishing Cat’s existence. One of their largest challenges believe it or not is PR—most people don’t know they exist, fewer know that they are disappearing. Fortunately one man’s passion has started a movement to save the ghost of the mangrove.

We were at a conference in Arizona where a PhD student named Ashwin Naidu was giving a presentation about a grassroots organization, the Fishing Cat Conservancy. FCC was just starting out, they didn’t have a home base, but wow did they have PASSION! Ashwin regaled us with stories of trudging through the mangroves of India just to locate signs of Fishing Cats. As we listened to what they had discovered we found ourselves shocked and inspired. We knew of fishing cats, but we really didn’t know fishing cats and just how much trouble they were in. After the presentation we spoke with Ashwin and even though he was still a student and was just starting out, we knew we had to help. We made a donation towards his efforts and the journey to an amazing partnership began.

The Fishing Cat Conservancy’s mission is to promote their long-term survival in the wild through public education, capacity building, and community based research and conservation. This innovative approach empowers communities that live near mangroves to save Fishing Cats and their habitat while bettering their own livelihoods. Ashwin’s energetic passion is so contagious that one of his team members had previously relied upon poaching to support his family. Now that same man works tirelessly to protect Fishing Cats from poachers by removing dangerous snares from their habitat.

In 2017, we got a phone call from Ashwin, he had seen a local news spot we had done with River, our resident Fishing Cat, and he wanted to visit. He had traveled the states and other countries to see nearly every Fishing Cat in captivity. When we approached River’s enclosure and told him to follow us in- his eyes almost bugged out of his as he exclaimed, “You can’t go in with a Fishing Cat, it will rip you apart!” After a little convincing, Ashwin trusted us and followed us in, sitting on a log to wait for shy River to come out, well, normally she’s shy. We called River and she stuck her head out from her den, ran out to greet her trainers and then jumped in Ashwin’s lap and started to lick his face. River knew that Ashwin was dedicating his life to saving her species, and she was giving him the biggest “thank you” she could.

A year later, Ashwin asked to visit with some of his field researchers from India, they had seen the photos of River, but they still couldn’t believe there was a friendly Fishing Cat nor have they ever been close to a live fishing cat!. After a tour of the Center we told them to follow us in to meet our special girl. With cameras at the ready they came in and sat down. River headed straight for Ashwin, she remembered her friend a year later! Ashwin’s partners loved the opportunity to view a Fishing Cat with no barriers and in close proximity. However River only had eyes for Ashwin, the other researchers were tolerated and were allowed to give her a brief pet as she walked by but if they got between her and Ashwin they got a leer and a hiss for their enthusiasm! Regardless of River’s favoritism, she was able to re-invigorate the passion and dedication of these men that have devoted their lives to saving Fishing Cats.

SAVE THE MANGROVES, SAVE THE FISHING CATS:

One acre of mangroves cleans the carbon footprint of four people!

-Mangroves are natural wave breakers that protect communities from tsunamis and erosion. They sequester up to five times more carbon than tropical forests and help mitigate negative impacts of climate change. 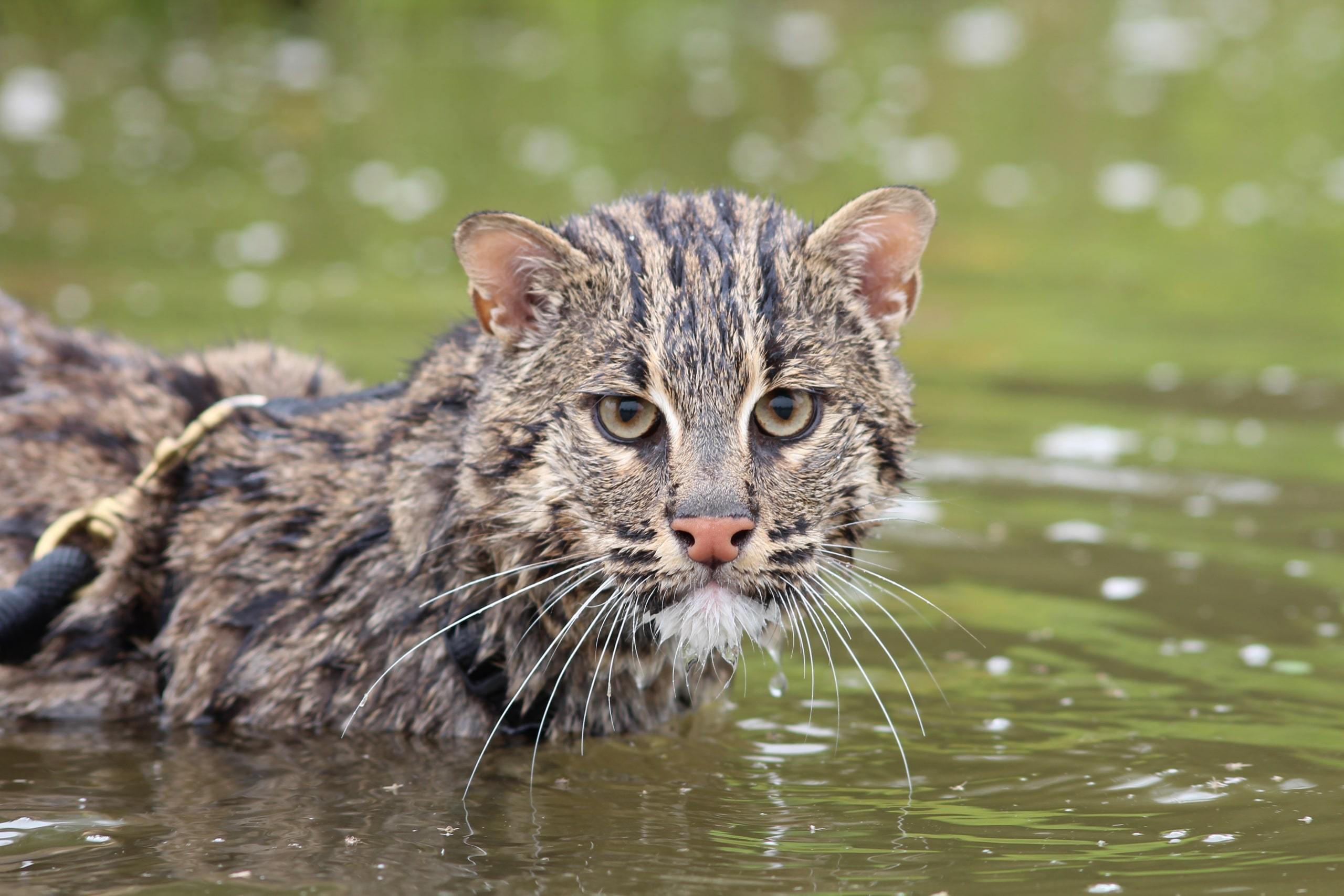 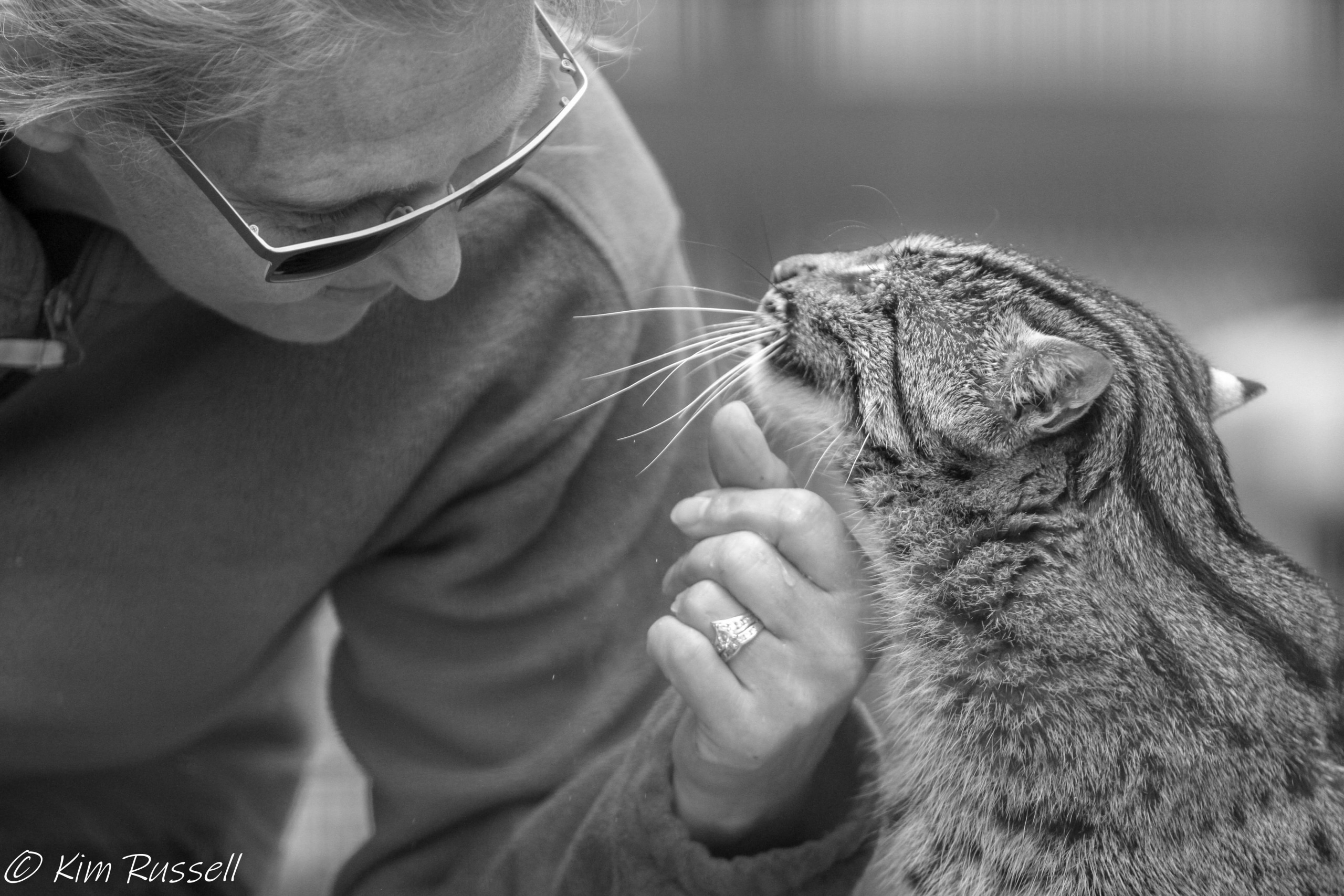 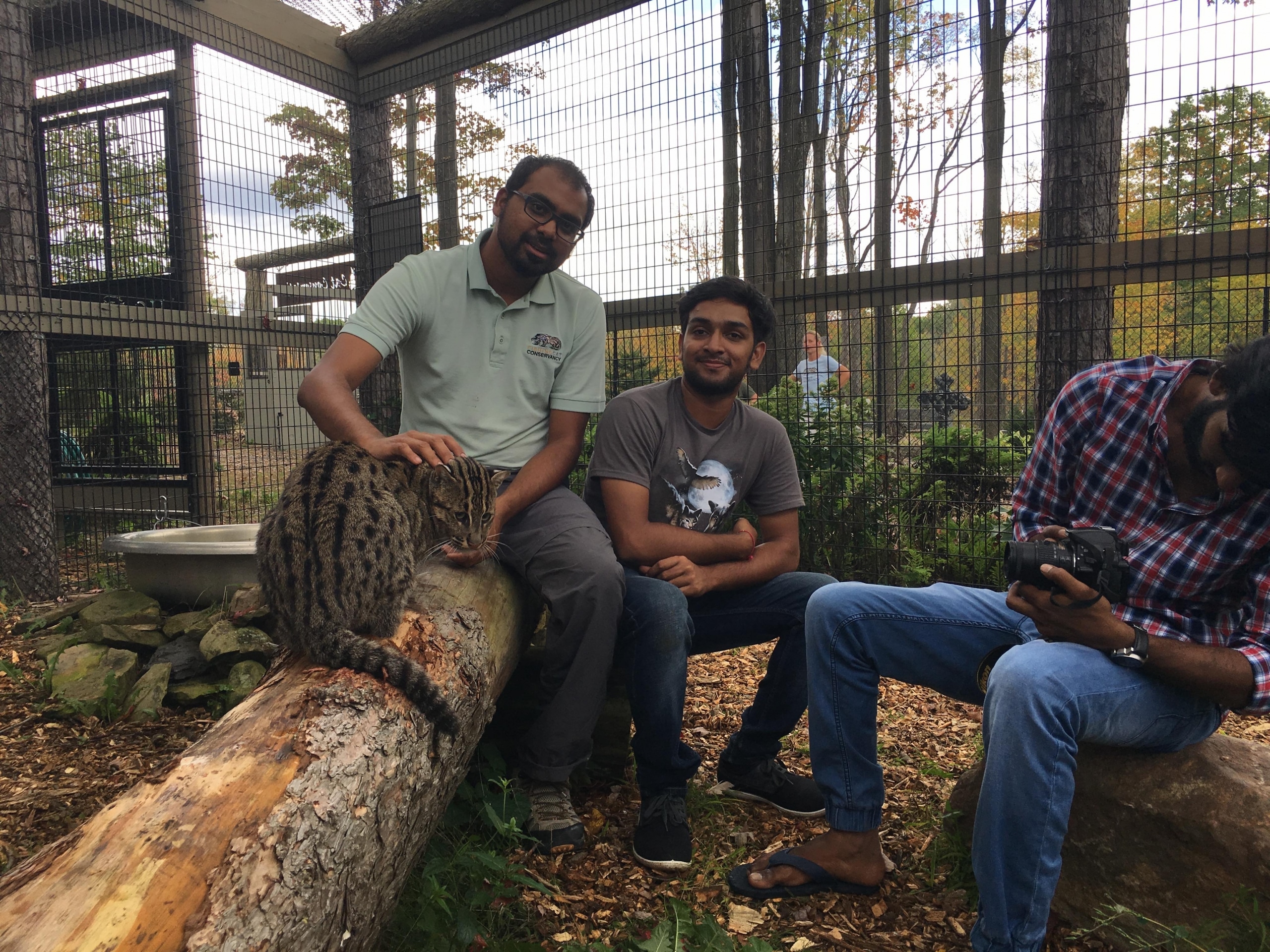 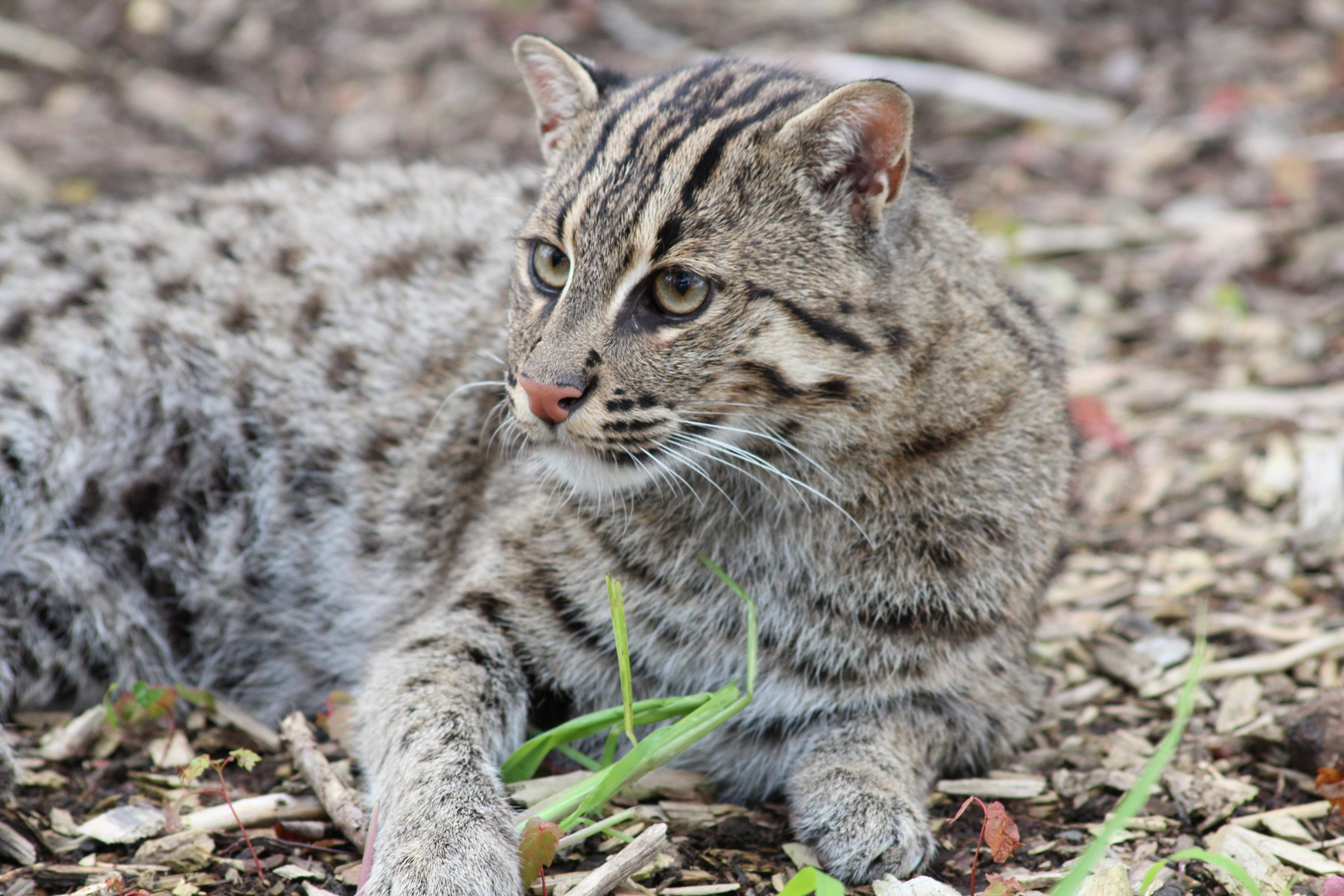 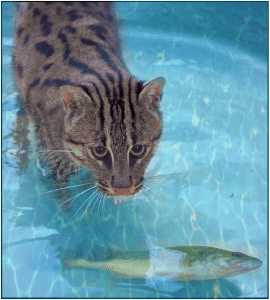 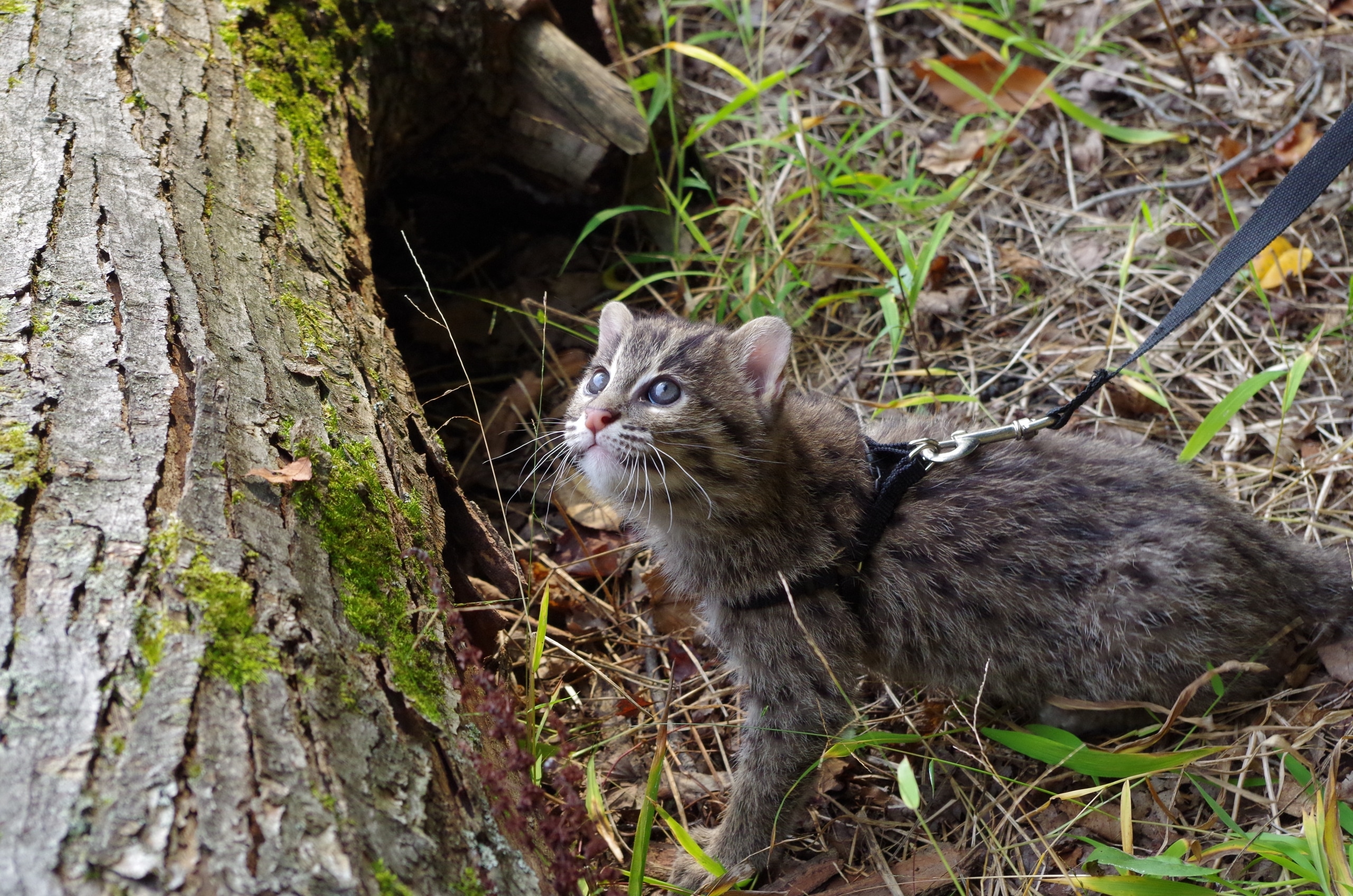 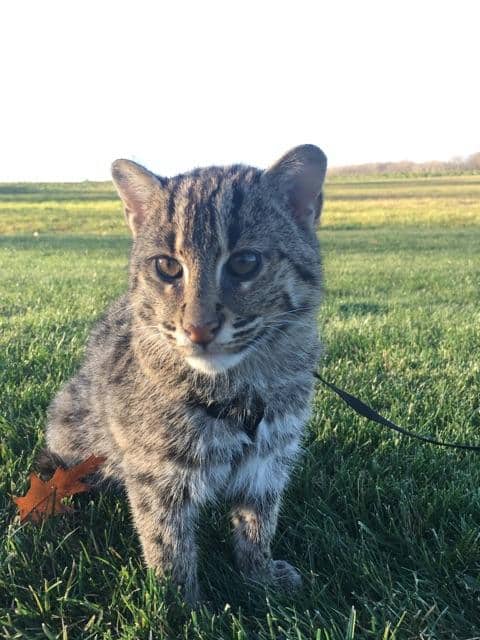 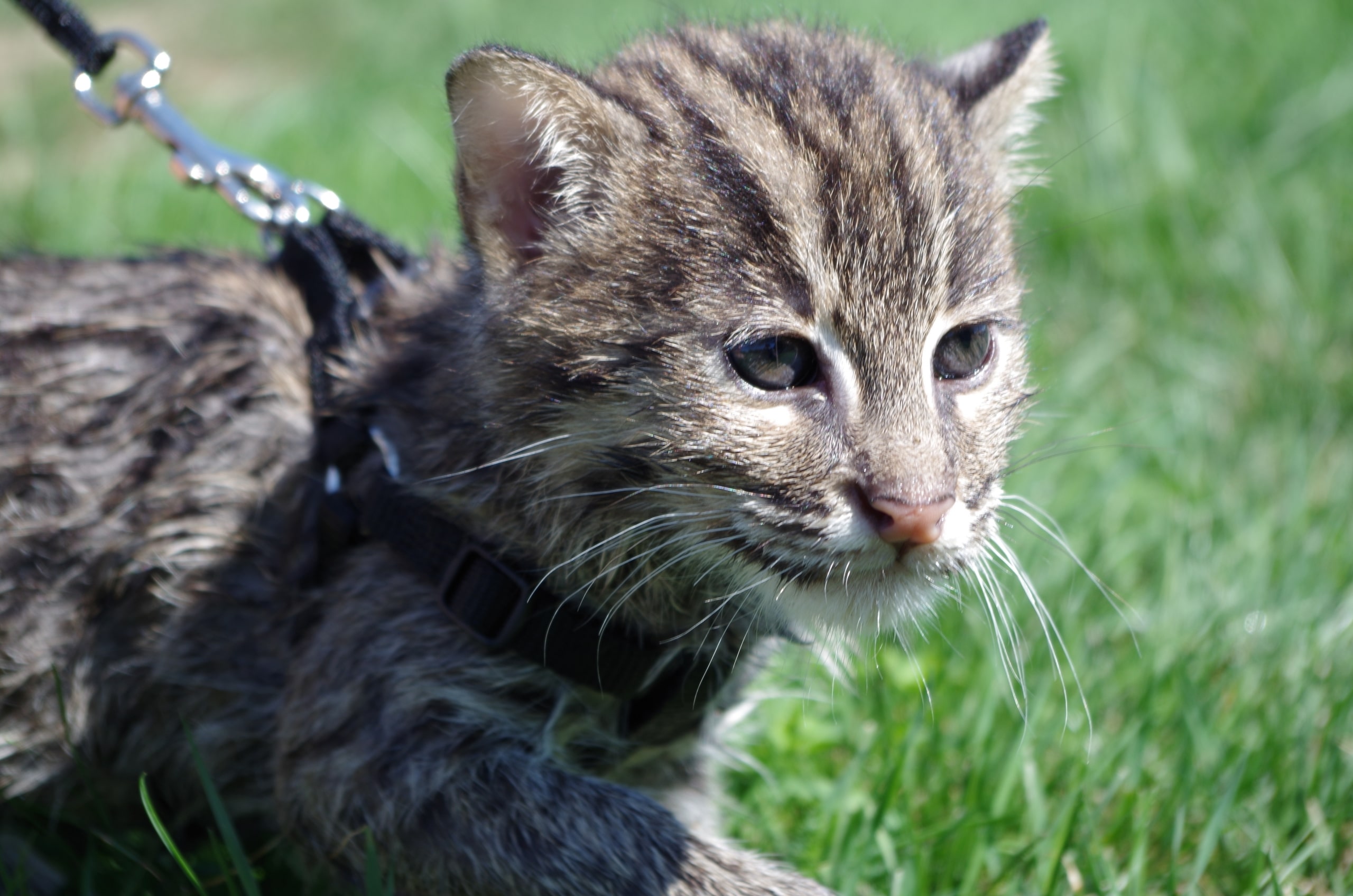