Through captive breeding efforts we contribute to the conservation of wildcats by helping to maintain the genetic health of the captive population. This not only provides the opportunity for future reintroduction programs, but also addresses one of the largest threats to large predators today – human intolerance. People have a fear of living alongside large carnivores, which is cultivated by sensationalized media. It is only through education, which leads to understanding and respect for these animals’ vital role in nature, that people will learn to live with them and care about their continued survival. Meeting these elusive predators face-to-face is the most powerful education opportunity that can be provided. People often forget that every wild animal has a purpose, a reason to exist and a vital role to play on our planet. They are not a luxury, they are a necessity.

In 2017 Turk and Raina produced their second litter of kittens, two spotted boys. Raina was once again a wonderful, proud mother. She happily purred and showed off her kittens. One of these kittens, Tracker, has found his forever home at Hawk Creek and has been traveling for programs throughout NY educating people about this magnificent species and the importance of wild cat conservation. He is a reminder that conservation works— Eurasian Lynx were an endangered species with as few as 700 cats left in the wild between 1930-1950. Thanks to conservation work the population has increased 10 fold. Tracker has been stealing people’s hearts with his laid back personality. When he isn’t “working” (aka being adored by his fans) his favorite pastime is going sledding with his trainers—he jumps in every sled and wagon he can!

2020 brought great and continued success to two of our unique wild cat propagation programs, including a first of its kind occurrence! The pair has resided at the Center for nearly five years, producing several beautiful ambassador kittens. As a testament to their care, habitat and comfortability with staff, Raina, allowed staff to co-rear. This is the first study of co-rearing with Eurasian Lynx. 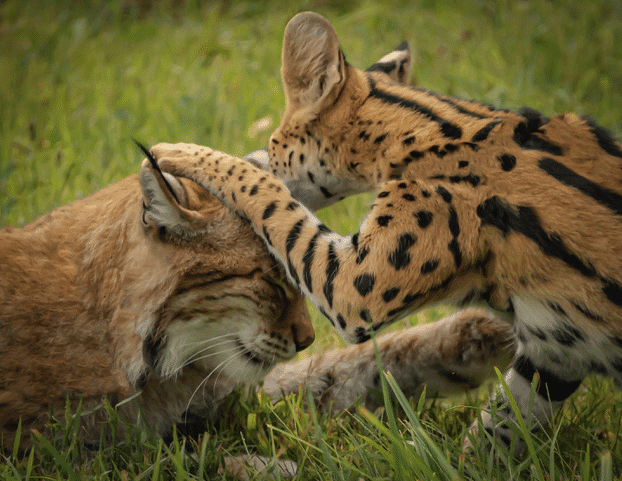 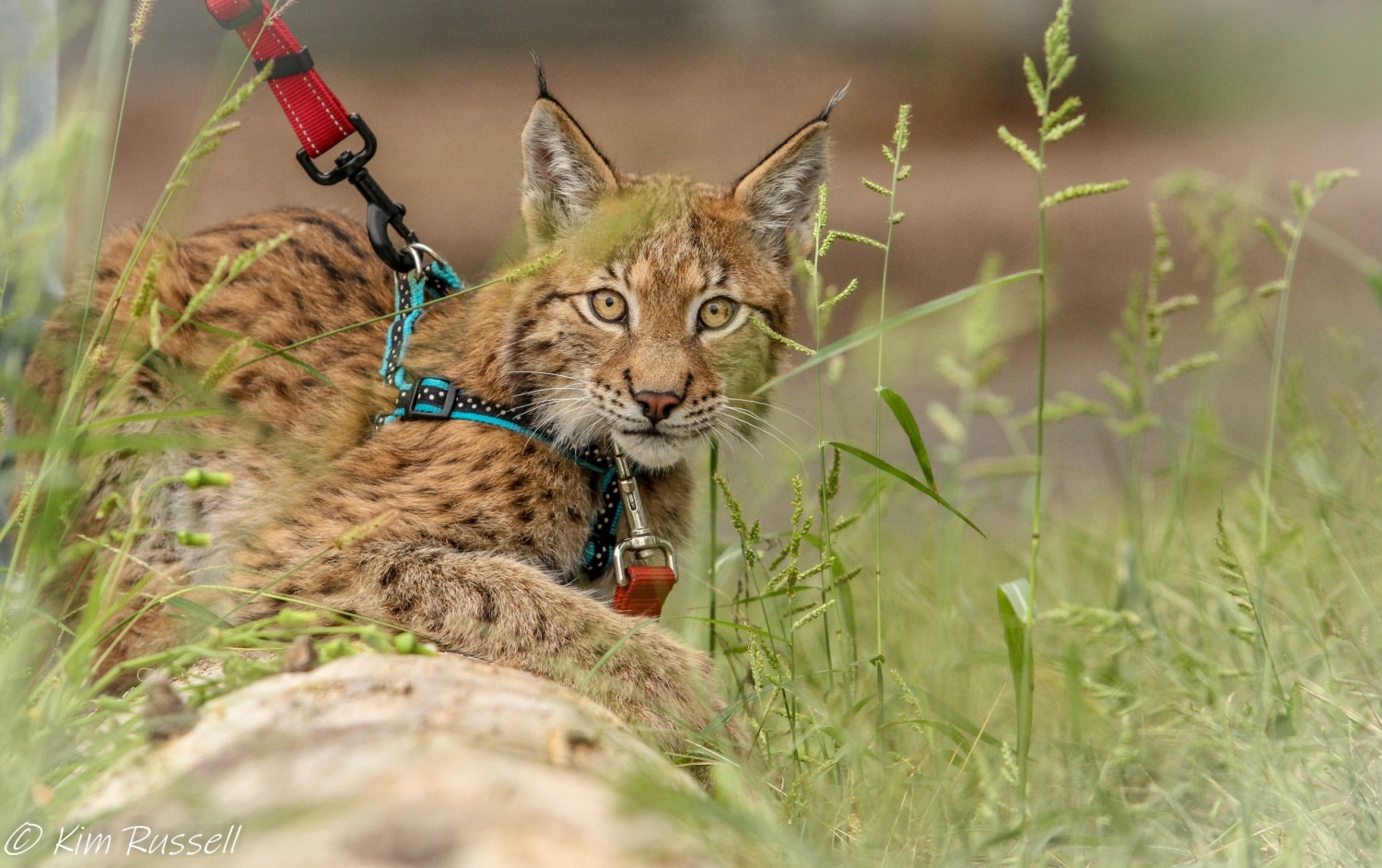 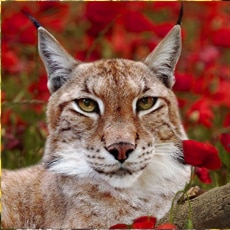